Chef Neal Fraser and Amy Knoll Fraser’s flagship restaurant Redbird features Modern American cuisine that is refined yet approachable and highlights the multi-cultural influences of Fraser’s native city – Los Angeles. As a follow up to Grace and BLD, Fraser’s menu features seasonal plates ranging from snacks or “kickshaws” to entrees meant to be enjoyed by the whole table. An extensive cocktail menu by Tobin Shea features well-balanced, bespoke renditions of the classics and has garnered him awards such as Time Out’s Best Restaurant Bar Program in 2017. Wine Director Matt Fosket’s selections are well rounded with great finds from both established and emerging wine regions throughout the world and the list has received many awards including “Top 100 wine restaurants in the United States” by Wine Enthusiast and the “Best of Award of Excellence” from Wine Spectator.

Located in downtown Los Angeles, Redbird is carved into one of the city’s most historic architectural gems, inside the former rectory building of Vibiana – the cathedral-turned-event-venue also owned and operated by the Frasers. Designer Robert Weimer and Amy Knoll Fraser created a dynamic space that pays homage to the cathedral next door and the existing timeless architecture by inserting simple modern forms to complement rather than overtake the feel of the rooms. The result is a warm and comfortable considered space.

Redbird | Vibiana received the Los Angeles Conservancy’s 2019 Preservation Award Chair’s Award. The Chair’s Award is the LA Conservancy’s highest recognition celebrating the persistence, creativity and ultimate success of the revitalization for adaptive reuse of the cathedral, rectory building and surrounding property. Recipients are selected by a jury of experts in architecture, historic preservation and community development. 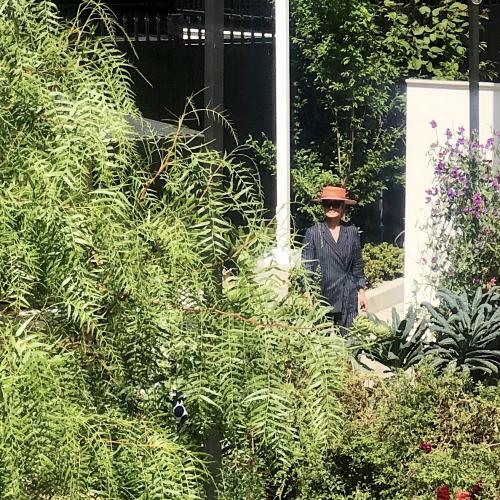 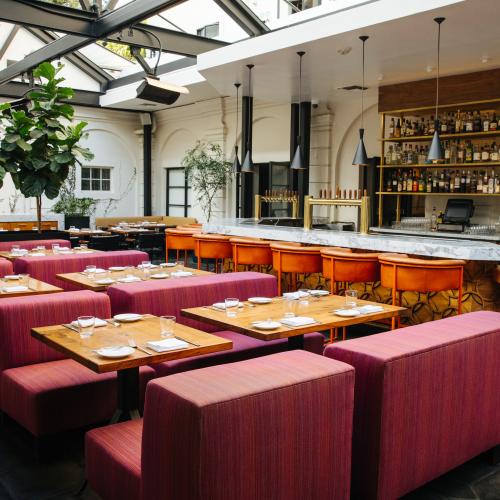