Uli’s Gelato (formerly known as Gelateria Uli) consists of a small-batch gelato production facility in the heart of Downtown Los Angeles (established 2014) as well as a second storefront in Mid City LA (established 2017). Since day one, we have been sourcing only the freshest, seasonal and local ingredients for our small-batch gelato and sorbet. In Summer of 2020, Los Angeles Magazine held a readers’ poll where over 6,000 Angelenos cast their votes and named us Best Ice Cream in Los Angeles.

The pandemic took a huge toll on our foot-traffic reliant business. Our small and tireless crew is in the process of wrapping up a big rebranding project (Gelateria Uli => Uli’s Gelato) as well as creating a more e-commerce friendly website to launch in a few months. In conjunction with all of these exciting changes, our DTLA storefront (541 S. Spring St) is closed for a soft remodel. Our Mid-City store is going strong and open Wed-Sun 3-10pm. 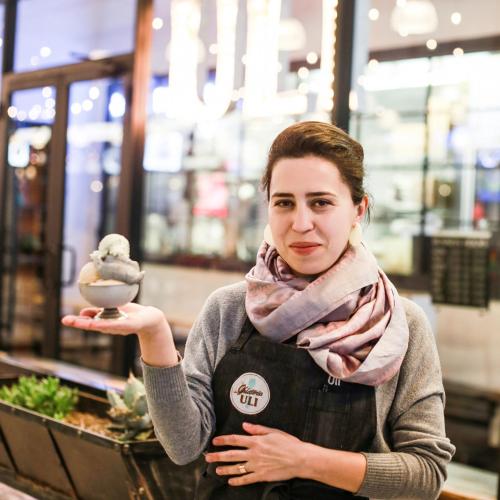